The Knowledge Politics of Experimenting with Smart Cities 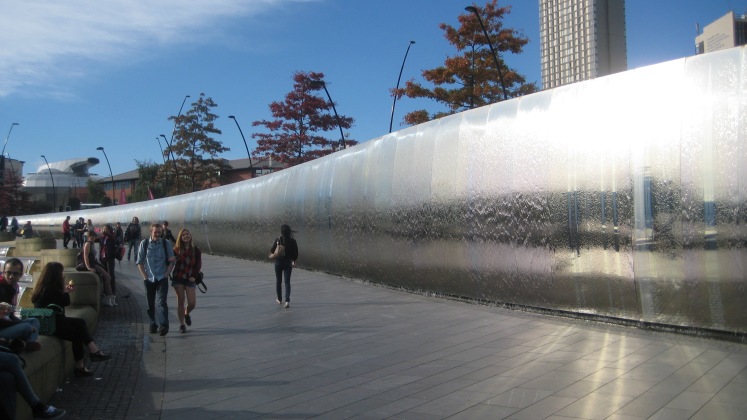 The birthplace of stainless steel, Sheffield, in the North of England, has long held worldwide recognition for its large-scale manufacturing industry, technical innovation and craft fabrication. With the decline of UK heavy engineering and associated rise in unemployment, the public sector became an influential employer in Sheffield, and from the 1980s, a vibrant creative and digital scene has arisen across the city.

Maker and hack culture is now prominent in Sheffield with initiatives such as Access Space and Sheffield Hardware Hackers and Makers (SHHM) revitalising centuries-old heritage of fabrication and craft through digital technologies, enabled by schemes designed to create social and economic value from vacant buildings (such as The Meanwhile Foundation). As an international node of the Open Data Institute (ODI), Sheffield has also committed to explore how open data can drive innovation and boost transparency. For instance, Better with Data has held regular city hackathon events intended to tap into publicly available ‘big data’ and use data analytics to generate contextualized ‘solutions’ to contemporary urban challenges.

A community of digital startups facilitated through the new industry association Sheffield Digital led productivity of the Sheffield digital economy to increase by 19% between 2010-14 particularly across the sectors of: e-commerce and marketplace; hardware, devices and open source hardware, app and software development, and enterprise software and cloud computing, and this trend continues to build. Notable corporate digital technology firms located in Sheffield include: HSBC bank, Plusnet (British Telecom) and Wandisco, with high-growth entrepreneurial firms including; the automobile telematics and data management company – The Floow, the innovative sustainable housing developer – Citu, and the electronics education company – Pimoroni. Success of these innovative organisations has been encouraged by digital and scientific innovation research at the two city universities. For instance, the University of Sheffield Advanced Manufacturing Research Centre with Boeing supports world-leading research into advanced machining, manufacturing and materials.

In 2015, Sheffield City Council together with partners Ferrovial Services, Amey and the city Universities launched Sheffield Smart Lab, an incubation and acceleration programme designed to help startups and SMEs develop and pilot their product in a live city environment. Entrepreneurs were invited to tackle one of two challenges: ‘Energising Sheffield City Centre’ and ‘Supporting people to live independently’ with nine winning teams being supported. This initiative was an attempt to position Sheffield as the place to go for urban innovation. A year earlier, Sheffield Executive board and Sheffield First established an initial vision for Sheffield’s evolution into a smart city, and now the Sheffield City Region Growth Plan outlines some of the digital and technical innovations needed to support a smart city vision. There is a clear opportunity for the city to develop stronger links between its broader strategy, the city’s digital communities, and the potential for smart city innovations. However, without clearer leadership and coordination across Sheffield’s smart city activities a fragmented landscape of experimentation will remain (Tech City UK and Nesta, 2016).

Despite a detailed strategic ‘smart city’ vision currently lacking, the positive momentum gathering in Sheffield and its City Region, was recognised in the 2015 UK Budget, when the city received £3.5m for technical incubation initiatives housed within a dedicated Maker Hub. And in May 2016, Sheffield was acknowledged as a ‘challenger’ city (number 10) in the UK’s smart city index.